Read in John 18 today where Pilate questions Jesus, asking if He is a King. 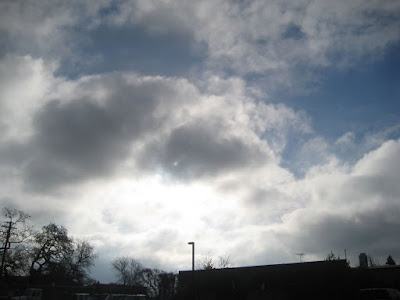 33 Then Pilate entered into the judgment hall again, and called Jesus, and said unto him, Art thou the King of the Jews?

34 Jesus answered him, Sayest thou this thing of thyself, or did others tell it thee of me?

35 Pilate answered, Am I a Jew? Thine own nation and the chief priests have delivered thee unto me: what hast thou done?

36 Jesus answered, My kingdom is not of this world: if my kingdom were of this world, then would my servants fight, that I should not be delivered to the Jews: but now is my kingdom not from hence.

37 Pilate therefore said unto him, Art thou a king then? Jesus answered, Thou sayest that I am a king. To this end was I born, and for this cause came I into the world, that I should bear witness unto the truth. Every one that is of the truth heareth my voice.

38 Pilate saith unto him, What is truth? And when he had said this, he went out again unto the Jews, and saith unto them, I find in him no fault at all.

40 Then cried they all again, saying, Not this man, but Barabbas. Now Barabbas was a robber.
at December 30, 2009 No comments: 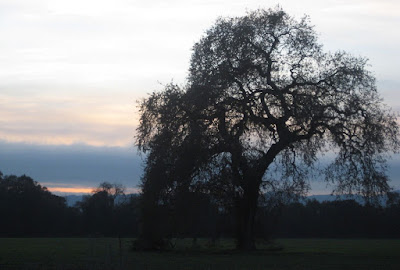 Maybe you have thoughts on this too?

You can't use the words "Christ" & "truth" in the same sentence. He's a character from a thousand year old book that is continually revised & the stories about him were handed down through generations via word-of-mouth before ever being written down.

What you refer to as "truth" I call childhood indoctrination, which is why I opted to not give my children any religious label - when they're old enough to know their own minds, they'll make their own decisions based on RATIONAL THOUGHT.

"The belief that an all-seeing, all-knowing, all-loving parent watches over & protects us also ensures that we never truly grow up."


And here is my response:

Thanks for your comment although I do no agree with you.

You said:
You can't use the words "Christ" & "truth" in the same sentence.

However, the Lord Jesus Christ said Himself in John 14, "I am the way, the truth, and the life: no man cometh unto the Father, but by me. If ye had known me, ye should have known my Father also: and from henceforth ye know him, and have seen him."

Jesus is the Truth. That's what He proclaimed and that's why the Jewish religious leaders killed him - not because He did miracles but because He said He was God.

You said:
What you refer to as "truth" I call childhood indoctrination...

However, for me I didn't know or understand any of this until my late 20's when I got on my knees alone in my living room and put my faith in Him. I never heard that Jesus Christ shed his blood, died for my sins and rose from the dead as a child.

A brief video clip of my story: http://www.youtube.com/watch?v=ANm1qNoBFAQ

You said your children will make their own decision based on rational thought. Fine but keep in mind what Hebrews 11 says:

"But without faith it is impossible to please him: for he that cometh to God must believe that he is, and that he is a rewarder of them that diligently seek him."

You said:
"The belief that an all-seeing, all-knowing, all-loving parent watches over & protects us also ensures that we never truly grow up."

The Lord Jesus Christ in Luke 18 said, "Verily I say unto you, Whosoever shall not receive the kingdom of God as a little child shall in no wise enter therein."

My continued pray is that the Truth be revealed, the lies be exposed, the deceived wakeup, the sinner repent, the lost get saved and the Lord Jesus Christ be glorified.

As truth seekers, may we both be led to true eternal freedom.

Cheers & blessings to you & yours,
Cathy

Is it a Wonderful Life? 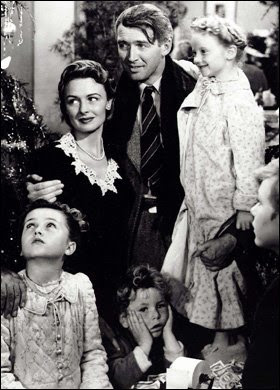 Tonight (well, it's after midnight, so last night) I watched again the classic 1946 movie, "It's a Wonderful Life" starring James Stewart and Donna Reed.

It's the story of a man who becomes so frustrated with life that he seriously considers suicide, only to be rescuded by Clarence, his guardian angel, who shows him what life would have been like if he had not been born. In the end, he repents and comes to really appreciate life, his family and his friends more than ever.

But the part that hit me hard for the first time was thinking about all the babies that never got a chance to live because they were aborted.

What about the baby I aborted?

This is so painful to think about.

Through my selfishness, I made the wrong choice and will always regret it. Thinking about all the people who never got the chance to live because they were killed in the womb brings me to tears.

Recently, I began to volunteer again with a local crisis pregnancy center and this is causing me to think about the past, so I need to come to terms with my actions. It is only by the grace of God and the forgiveness of sin through the blood of the Lord Jesus Christ that I find any hope or peace in all this. I find comfort in the Word of God.

In Matthew 11, Jesus says:
28 Come unto me, all ye that labour and are heavy laden, and I will give you rest.

29 Take my yoke upon you, and learn of me; for I am meek and lowly in heart: and ye shall find rest unto your souls.

30 For my yoke is easy, and my burden is light.

No matter what we have done, when we put our faith in the Lord Jesus Christ, it is a wonderful life!

Was the Norway Spiral Apart of Project Blue Beam?

Briefly on Dec 9, 2009, in Norway, an unusual spiral light with a blue beam coming out of the center was sited in the evening sky. (source)

The media which of course is controlled is saying is was a Russian missle that exploded. The truth? To me it looks like another Project Blue Beam experiment.

And I'm sure we will see more strange events in our skies but we must not be deceived. Remember what the Lord Jesus Christ tells us in Matthew 24:

"Then if any man shall say unto you, Lo, here is Christ, or there; believe it not. For there shall arise false Christs, and false prophets, and shall shew great signs and wonders; insomuch that, if it were possible, they shall deceive the very elect."
at December 12, 2009 No comments:

Jesus is the Light of the World: Come to the Light

If you follow the Lord Jesus Christ, you shall not walk in darkness. What a wonderful promise!

John 8
12 Then spake Jesus again unto them, saying, I am the light of the world: he that followeth me shall not walk in darkness, but shall have the light of life. 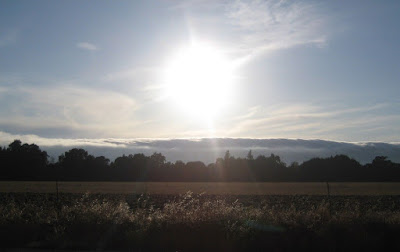 John 12
35 Then Jesus said unto them, Yet a little while is the light with you. Walk while ye have the light, lest darkness come upon you: for he that walketh in darkness knoweth not whither he goeth.

36 While ye have light, believe in the light, that ye may be the children of light. These things spake Jesus, and departed, and did hide himself from them.

37 But though he had done so many miracles before them, yet they believed not on him:

38 That the saying of Esaias the prophet might be fulfilled, which he spake, Lord, who hath believed our report? and to whom hath the arm of the Lord been revealed? 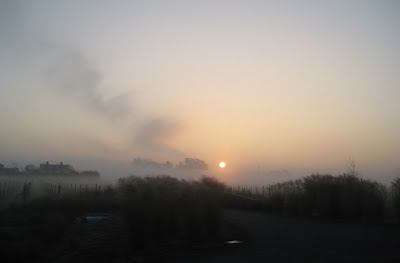 39 Therefore they could not believe, because that Esaias said again,

41 These things said Esaias, when he saw his glory, and spake of him.

42 Nevertheless among the chief rulers also many believed on him; but because of the Pharisees they did not confess him, lest they should be put out of the synagogue:

44 Jesus cried and said, He that believeth on me, believeth not on me, but on him that sent me.

45 And he that seeth me seeth him that sent me. 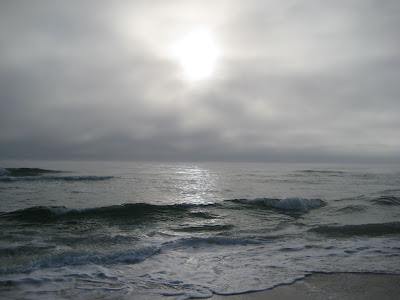 46 I am come a light into the world, that whosoever believeth on me should not abide in darkness.

47 And if any man hear my words, and believe not, I judge him not: for I came not to judge the world, but to save the world.

48 He that rejecteth me, and receiveth not my words, hath one that judgeth him: the word that I have spoken, the same shall judge him in the last day.

50 And I know that his commandment is life everlasting: whatsoever I speak therefore, even as the Father said unto me, so I speak. 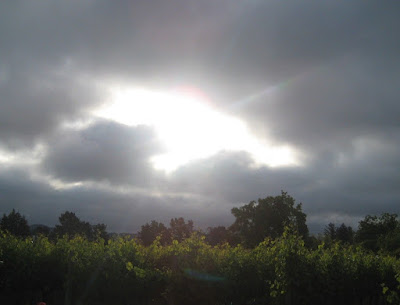 LINK: https://youtu.be/sNqnhnGIglU   Thought of my son who died in a car accident five years ago on July 25, 2021 when I heard this song f... 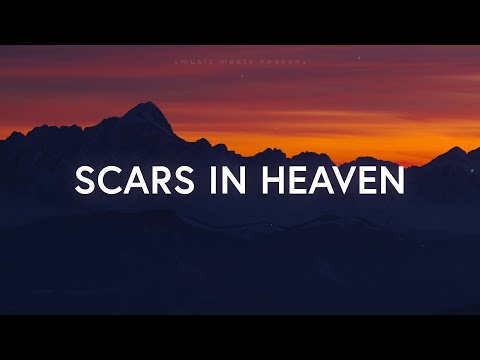